Washington, D.C. – Today, a new set of national advertisements exposed how lobbyists for ExxonMobil block climate action in Congress and the ways major oil & gas executives put people over profits. The ads, rolling out this week on broadcast and digital in Washington D.C., are part of Climate Power Education Fund and Accountable.US’s Polluters Exposed initiative that includes an over one million dollar advertising campaign. Titled Overtime and Exxon Lobby Scandal, the ads confront policymakers and other high-profile decisionmakers with the corrupt practices used by the oil and gas lobby to protect their pocketbooks at the expense of American workers and families’ livelihoods.

“Oil and gas executives have been caught lying, polluting and spending billions to cover it up,” said Lori Lodes, Climate Power Executive Director. “They pretend to support climate action but behind the scenes the Oil and Gas lobby will do whatever it takes to stop progress that would make communities safer and cut pollution in neighborhoods living in the shadow of toxic pollution from fossil fuels. We are exposing their lies and deception so they can no longer get in the way of our opportunity to build a clean energy future.”

“The oil and gas industry has a dirty habit of telling the public it is committed to environmental sustainability and fighting climate change while it works behind the scenes to undermine those very critical priorities,” said Kyle Herrig, president of government watchdog Accountable.US. “Oil and gas companies simply cannot be trusted when they say they can’t afford to help consumers with lower gas prices or that the Biden administration’s critical efforts to address the climate crisis are hurting their bottom line. The evidence shows nothing could be further from the truth.”

“Overtime” emphasizes how top executives accepted massive salary increases and lied to the American people about the real reasons for increases in gas prices. It also highlights their willful attempts to block Congress from passing the policies that could build a clean energy future. 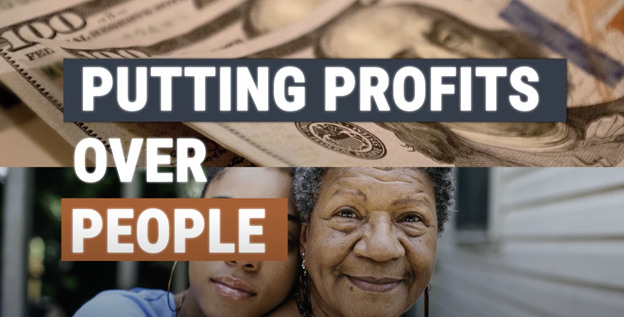 “Exxon Lobby Scandal” goes a step further by simply featuring key ExxonMobil lobbyists’ own words to illustrate how they block climate change legislation. The comments come from a recent leak of a conversation Exxon lobbyist Keith McCoy had where he reveals how he actively worked against the established science in efforts to protect Exxon profits. 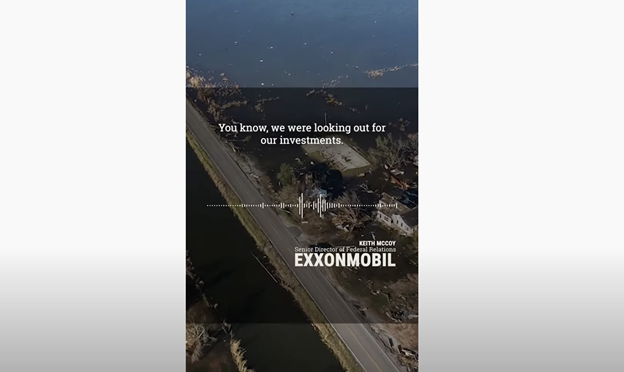 Just like ExxonMobil hides behind a carbon tax because they don’t think it will pass Congress, the American Petroleum Institute (API) has announced its support for rejoining the Paris climate agreement, while simultaneously launching what one expert called a “classic propaganda” campaign to oppose President Biden’s bold plans and actions on clean energy and climate. This effort has included outright lies about the number of oil and gas jobs that currently exist and the impact of Biden’s policies on the industry.

Oil and gas CEOs have been sowing doubt in the public’s minds about the urgency of climate change and clean energy’s ability to affordably and reliably power America’s economy. Climate Power Education Fund and Accountable.US will continue to shed light on the API’s ongoing attempts to block widely popular climate and clean energy legislation, and this rollout is an early step in demonstrating to audiences the calculated nature of big oil’s involvement in the legislative side of the climate crisis.

Polluters Exposed is a joint initiative with the Climate Power Education Fund that seeks to hold API, its member companies, executives, and allies accountable for decades of spreading misinformation as they pollute our communities and planet.